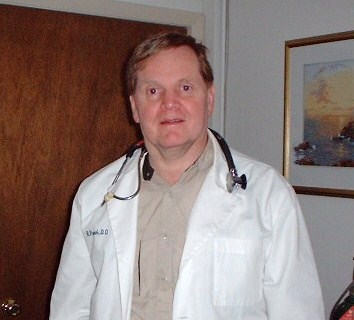 Dr. Psonak is a licensed Osteopathic Physician (DO) in the State of Maine.  After undergraduate studies in Electrical Engineering at Drexel University, he worked as a research Engineer for several years with Bell Telephone Laboratories.  He then took a position with Hewlett Packard as an IT Systems Analyst hardware-software liaison specialist with the Medical Electronics division. Having a passionate desire to help people in the health field took him to medical school.  He graduated in 1991 from the University of New England, College of Osteopathic Medicine (UNECOM) located in Biddeford, Maine, and did his post graduate training at Tri-City Hospital in Dallas, Texas.  There he received extensive training in Environmental Medicine and alternative medical approaches to disease from Dr. William Rea, M.D. at his internationally known clinic in Dallas, Texas, EHCD, and world renowned for his work in Environmental Medicine. Dr. Psonak's post graduate work included research on Chemical Sensitivities with patients affected by the Exxon Valdez Oil spill in Alaska and the Gulf War syndrome, as well as other patients affected by chemicals, toxic metals, parasites, viruses, and metabolic imbalances. He worked with patients with Allergies, Asthma, Thyroid, Auto-Immune disorders, neurological, and cardiac diseases. While at Tri-City hospital, he always found "spare" time to go from room to room praying with patients, and comforting them with singing and music.  Since 1993 Dr. Psonak has been practicing in the greater Portland/Lewiston/Auburn area of Maine in the specialty of Integrative Functional Medicine, helping people with allergies, environmental sensitivities and circulatory and Neurological problems. He is constantly looking for new and better ways to help in the treatment of chronic diseases and holds a belief that the body is beautifully and wonderfully made by God to heal itself when given the right nutrients, diet, and environment. He looks upon all the systems of the body as working in concert together as an integrated whole.

Prior to Medical school, he worked as a research engineer at Bell Telephone Laboratories, and with Hewlett Packard as a computer systems consultant/instructor. He has a passion for Christian music, organized a band, and led church worship teams over the years, and been part of an evangelistic community in Ann Arbor Michigan called The Word of God. During his intense medical training in Dallas TX, he would always find "extra" time at the hospital to go from  room to room ministering to patients with song and guitar.

Interests: Ray loves playing guitar, singing, learning new Christian music, song-writing, boating, camping, skiing, hiking, biking, hunting, fishing and working on cars.  He has served on several worship teams, and has led at various times.  A very important part of his life is drawing others into Spirit led worship, and helping others recognize and develop their own gifting in worship through music and song. 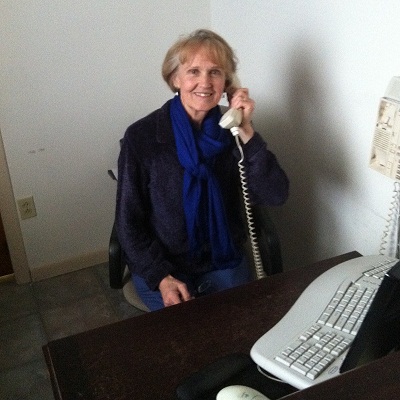 Janet is a licensed registered nurse in the State of Maine. After having been a missionary, working in a church mission in Plattsburg, NY and a retreat center in Willimantic, CT, she studied to be a practical nurse in Hartford, CT and worked at Hartford Hospital. She then went to Ann Arbor, MI, where she studied at the University of Michigan receiving a BSN in nursing. She worked on a neurology/ neurosurgery floor at University Hospital and then became a float nurse working on medical/ surgical and other floors. During her time in Michigan she was part of a charismatic inter-denominational Christian community in Ann Arbor called The Word of God. She met her husband, Ray, in Ann Arbor where they were married.  They moved to Salem, NH where Janet worked with Dr. James O'Shea, a prominent doctor who had a large practice caring for environmentally sick patients. In 1987 both she and her husband moved to Maine and while Ray was in medical school, Janet worked on a cardiac floor at Maine Medical Hospital in Portland and later at the Osteopathic Hospital in Portland. During this time, they adopted their son Mark. Janet has been working with her husband from the beginning of the practice and is the IV nurse, as well as testing patients for allergies among her many other roles. Her interests and hobbies are similar to her husband’s. She loves skiing, biking, ice skating, camping, Christian music, dancing and boating.